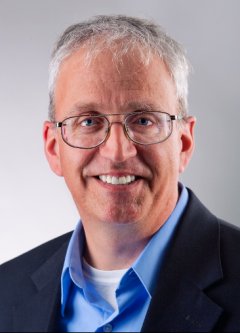 Bill Dally is Chief Scientist at NVIDIA Corporation and former chair of Computer Science at Stanford. He is developing computer systems for demanding applications including machine learning, bioinformatics, and logical inference. He has a history of designing innovative and efficient experimental computing systems. While at Bell Labs, Bill contributed to the BELLMAC32 microprocessor and designed the MARS hardware accelerator. At Caltech, he designed the MOSSIM Simulation Engine and the Torus Routing Chip which pioneered wormhole routing and virtual-channel flow control. At the Massachusetts Institute of Technology, his group built the J-Machine and the M-Machine, experimental parallel computer systems that pioneered the separation of mechanisms from programming models and demonstrated very low overhead synchronization and communication mechanisms. At Stanford University, his group developed the Imagine processor, which introduced the concepts of stream processing and partitioned register organizations, and the Merrimac supercomputer, which led to GPU computing, and the ELM low-power processor. Bill is a member of the U.S. National Academy of Engineering.