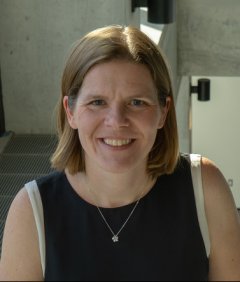 Natalie Enright Jerger, U. of Toronto Professor and ACM’s Council on Diversity and Inclusion co-Chair, Fellow of IEEE and ACM Distinguished Member

In 2019, she received the McLean Award from the University of Toronto. In 2015, she was awarded an Alfred P. Sloan Research Fellowship and the CRA’s Anita Borg Early Career Award. She was the recipient of the 2014 Ontario Professional Engineers Young Engineer Medal. In 2017, she co-authored the second edition of On-Chip Networks, with Tushar Krishna and Li-Shiuan Peh. Her research focuses on networks-on-chip, approximate computing, IoT devices, and hardware acceleration. Beyond research, Natalie is also involved in outreach activities for women in computer architecture, including serving as chair of WICARCH. From 2019-2021, she is serving as the co-chair of ACM’s Council on Diversity and Inclusion. She is a Distinguished Member of the ACM and Fellow of the IEEE.