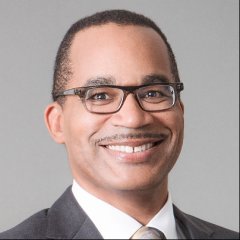 Timothy M. Pinkston is a Professor and holder of the George Pfleger Chair in Electrical and Computer Engineering at the University of Southern California. He serves as a Vice Dean in the USC Viterbi School of Engineering. Prior to USC, he was a Member of Technical Staff at Bell Laboratories, a Hughes Doctoral Fellow at HRL, and a visiting research at IBM T.J. Watson Research Laboratory. He earned his Bachelor’s from The Ohio State University, and his Master’s and Ph.D. from Stanford University, all in EE.

Timothy founded the SMART Interconnects Group at USC which conducts research on computer systems architecture, with key contributions to deadlock-free adaptive routing, router microarchitecture, and interconnection networks (including on-chip networks) for high-performance and energy-efficient data movement in multiprocessor computer systems. On leave from USC as a Program Director at the NSF (2005-2008), he was the founding Lead Program Director of CISE’s Expeditions in Computing Program. Among his many efforts to broaden participation and development of demographic populations currently underrepresented in STEM fields, Timothy co-organizes CMD-IT’s Annual Academic Workshop for Underrepresented Ethnic Minorities and Persons with Disabilities. He serves on CRA’s Board of Directors and is a Fellow of the AAAS, Fellow of the ACM, and Fellow of the IEEE.