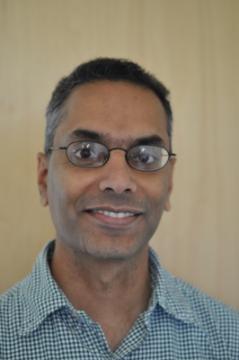 Bio: Dr. Suresh Jagannathan joined DARPA in September 2013. His research interests include programming languages, compilers, program verification, and concurrent and distributed systems. Prior to joining DARPA, Dr. Jagannathan was a professor of computer science at Purdue University. He has also served as visiting faculty at Cambridge University, where he spent a sabbatical year in 2010; and as a senior research scientist at the NEC Research Institute in Princeton, N.J. Dr. Jagannathan has published more than 125 peer-reviewed conference and journal publications and has co-authored one textbook. He holds three patents. He serves on numerous program and steering committees, and is on the editorial boards of several journals. Dr. Jagannathan holds Doctor of Philosophy and Master of Science degrees in Electrical Engineering and Computer Science from the Massachusetts Institute of Technology. He earned a Bachelor of Science degree in Computer Science from the State University of New York, Stony Brook.