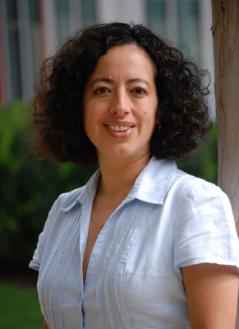 Cristina is the Director of Oracle Labs Australia and an Architect at Oracle. Headquartered in Brisbane, the focus of the Lab is Program Analysis as it applies to finding vulnerabilities in software and enhancing the productivity of developers worldwide.

Prior to founding Oracle Labs Australia, Cristina was the Principal Investigator of the Parfait bug tracking project at Sun Microsystems, then Oracle. Today, Oracle Parfait has become the defacto tool used by thousands of Oracle developers for bug and vulnerability detection in real-world, commercially sized C/C++/Java applications. The success of the Parfait tool is founded on the pioneering work in advancing static program analysis techniques carried out by Cristina’s team of Researchers and Engineers at Oracle Labs Australia.

Cristina’s passion for tackling the big issues in the field of Program Analysis began with her doctoral work in binary decompilation at Queensland’s University of Technology. In an interview with Richard Morris for Geek of the Week, Cristina talks about Parfait, Walkabout and her career journey in this field.

Prior to her work at Oracle and Sun Microsystems, Cristina held teaching posts at major Australian Universities, co-edited Going Digital, a landmark book on cybersecurity, and served on the executive committees of ACM SIGPLAN and IEEE Reverse Engineering.

Cristina continues to play an active role in the international programming language, compiler construction and software security communities. On the weekends, she channels her interests into mentoring young programmers through the CoderDojo network.