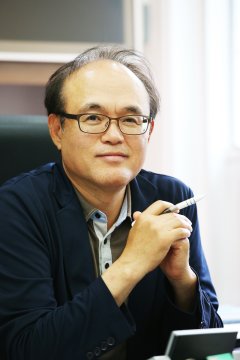 His research interests include model based software engineering, process improvement, and quality-driven software development. Recently, his research focuses on modeling & verification of SoS(System of Systems). Since 2002, he has directed the ITRC(Information Technology Research Center) Software Process Improvement Center, sponsored by Korean Ministry of Economy Knowledge. In 2015, he has been awarded with a “Star Lab”, a multi-year research project on Modeling and Verification of System of Systems, sponsored by the Ministry of Science, ICT, and Future Planning. He has served as editorial board members including in the Journal of Systems and Software, and Information and Software Technology. He also served as General Chair and Program Committee Chair in various international conferences such as APSEC2004, QSIC2009, COMPSAC2010. Now, he is serving as a Senior Associate Editor in the Journal of Systems and Software, and a General Co-Chair of ICSE2020 to be held in Seoul, Korea. Now, he is a KAIST ICT Chaired Professor. In 1999, he also established a venture company, SolutionLink, specialized in software engineering consulting and tool development and had served as a CEO for two years.

He received numerous awards for contribution to promotion of software research and development in Korea, including two Minister’s recognitions in 2003 and 2008, and one Presidential recognition in 2011. He is a member of the National Academy of Engineering of Korea.