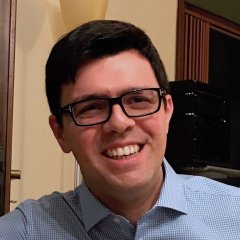 Bio: I am an Assistant Professor (RTDa) at the Department of Control and Computer Engineering (DAUIN) at Politecnico di Torino, Italy, working in the e-Lite research group. I received my M.S. and Ph.D. degrees in Computer Engineering from Politecnico di Torino, in 2010 and 2014, respectively. The topic of my Ph.D. dissertation was “Interacting with Smart Environments: Users, Interfaces, and Devices”.

My research mainly focuses in Human-Computer Interaction. More specifically, I investigate how to overcome challenges in interaction between humans and computer, especially in those cases in which the interaction happens in complex settings (e.g., as with Ambient Intelligence systems).

I serve as a reviewer for several international journals and conferences and I was a department editor for the ACM student magazine XRDS up to December 2013. I am an ACM, ACM SIGCHI, and IEEE member. Among local chapters, I am a member of ACM SIGCHI Italy and I serve as the Young Professionals Representative for the IEEE Italy Section and the IEEE Computer Society Italy Chapter.

On March 20, 2017 I have been inducted as a professional member of Eta Kappa Nu (HKN), the honor society of IEEE.

In April 2017, I have been selected as a member of the inaugural class of the ACM Future of Computing Academy (ACM-FCA). Academy members are tasked with becoming “the voice of the future of the computing field at large and of ACM specifically.”