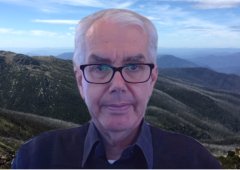 Henry Gardner is a Reader in the Research School of Computer Science at the Australian National University. He holds qualifications in science and computer science from the University of Melbourne and a PhD in theoretical plasma physics from the ANU. He has published about 100 refereed papers and conference proceedings on topics including nuclear and plasma physics, computational science, mixed reality, human computer interaction, computer music, computer games and software engineering.