How to get to Rennes ?

Rennes is easily reachable by fast train from Paris in 1h 25 minutes (~ 20 routes per day). Consequently, Rennes is conveniently accessible by train from any European city that has a possible connection with Paris.

By plane or plane + train :

The Rennes airport offers direct flights from the 3 hubs Paris CDG, Amsterdam Schiphol and Frankfurt. This makes it easy to reach Rennes from most oversea flights. Moreover, note that Paris CDG airport has a train station where you can directly reach Rennes by fast train in ~2h30 (~ 8 routes per day). Amsterdam is also connected to Paris by train using Thalys, and London is connected to Paris by Eurostar trains.

You can use the chronotrain website to find out which cities are connected to Rennes in less than 5 hours by train. 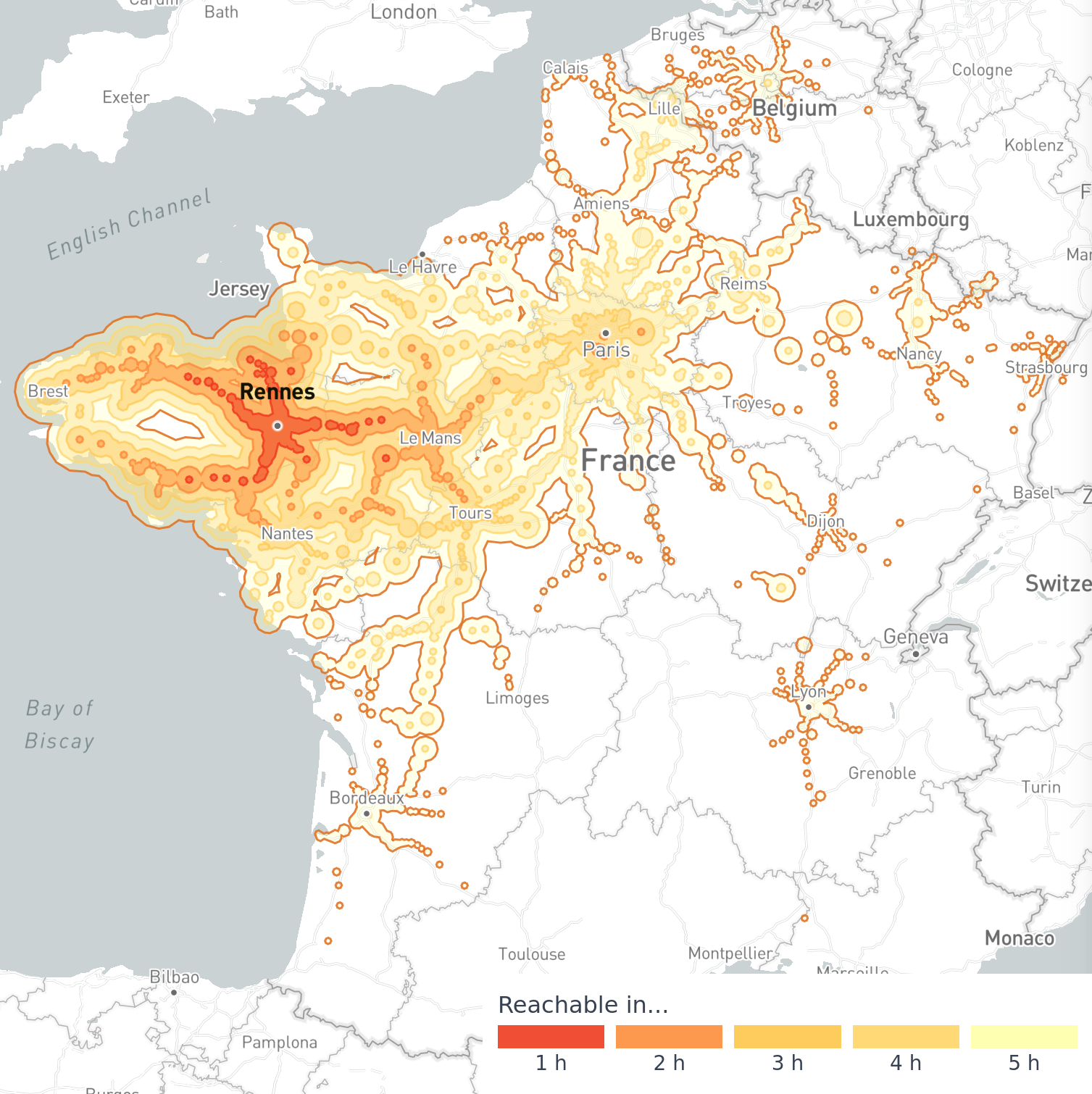 How to get from Rennes train station to downtown Rennes by public transport ?

The train station of Rennes is at the south of the city center and is connected to the metro lines making everywhere downtown accessible in 3 minutes.

How to get from Rennes Airport to downtown Rennes by public transport ?

The city center of Rennes is reachable in about 30 minutes by public transport by taking the line C6.

Housing is not organized by the conference organization, i.e., each participant is invited to do their booking individually at one of the many downtown hotels of Rennes. For your accommodation, you may book a hotel in the southern or northern city center, as you will never be far from a metro stop or a bus stop. The city of Rennes is well served by public transport with its 2 metros and numerous bus lines making the Beaulieu campus accessible in 10 minutes with the new metro line (2b) and up to 20-25 minutes by bus. Suggested itineraries to reach the Beaulieu campus from the city center are detailed on the Venue page.

A list of accommodation options is available at the Tourist Office Site of Rennes.