Keynote: The Landscape of Refactoring Research in the Last Decade

In the last decade refactoring research has seen an exponential growth. I will attempt to map this vast landscape and the advances that the community has made by answering questions such as who does what, when, where, with who, why, and how. I will muse on some of the factors contributing to the growth of the field, the adoption of research into industry, and the lessons that we learned along this journey. This will inspire and equip you so that you can make a difference, with people who make a difference, at a time when it makes a difference.

Danny Dig is an associate professor of computer science in the School of EECS at Oregon State University, and an adjunct professor at University of Illinois. He enjoys doing research in Software Engineering, with a focus on interactive program transformations that improve programmer productivity and software quality. He successfully pioneered interactive program transformations by opening the field of refactoring in cutting-edge domains including mobile, concurrency and parallelism, component-based, testing, and end-user programming. He earned his Ph.D. from the University of Illinois at Urbana-Champaign where his research won the best Ph.D. dissertation award, and the First Prize at the ACM Student Research Competition Grand Finals. He did a postdoc at MIT.

His later research was recognized with 8 best paper awards at the top conferences in SE, 4 award runner-ups, and 1 most influential paper award (N-10 years) at ICSME’15. He re- ceived the NSF CAREER award, the Google Faculty Research Award (twice), and the Microsoft Software Engineering Innovation Award (twice). Some of the techniques he developed are shipping with the oficial release of the popular Eclipse, NetBeans, and Visual Studio development environments (of which Eclipse alone had more than 14M downloads in 2014). His research is funded by NSF, Boeing, IBM, Intel, Google, and Microsoft. More info about him can be found at: http://web.engr.oregonstate.edu/~digd/ 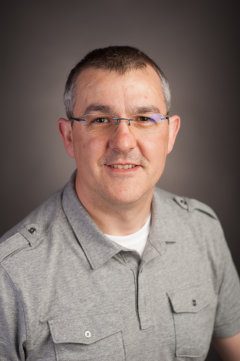