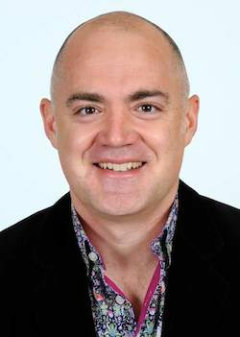 Bio: Dr. Wood is an associate professor in the Department of Engineering Science at the University of Oxford. Before that Dr. Wood was an assistant professor of Statistics at Columbia University and a research scientist at the Columbia Center for Computational Learning Systems. He formerly was a postdoctoral fellow of the Gatsby Computational Neuroscience Unit of the University College London under Dr. Yee Whye Teh. He received his PhD from Brown University in computer science under the supervision of Dr. Michael Black and Dr. Tom Griffiths. Dr. Wood is a product of the Illinois Mathematics and Science Academy from which he graduated in 1992. He began college at the University of Illinois at Chicago (UIC) but transfered and received a B.S. in computer science from Cornell University in 1996. Prior to his academic career he was a successful entrepreneur having run and sold the content-based image retrieval company ToFish! to Time Warner and serving as CEO of Interfolio. He started his career working at both the Cornell Theory Center and subsequently the Lawrence Berkeley National Laboratory. Dr. Wood holds 6 patents, has authored over 40 papers, received the AISTATS best paper award in 2009, and has been awarded faculty research awards from Xerox, Google and Amazon. Dr. Wood currently lives in Oxford with his wife Donna. Dr. Wood plays many sports including softball, football, and basketball. He runs, albeit slowly now due to chronic knee and hip injuries, and bicycles (road). He has been known both to sing and to play the ukulele and trumpet. Dr. Wood has traveled extensively, invents things, enjoys writing, and may soon again have a garden.