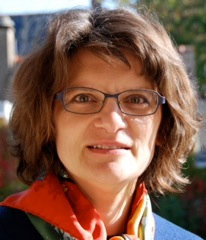 I am a member of CELTIQUE, a joint project-team with INRIA Rennes Bretagne Atlantique and the IRISA UMR 6074 laboratory. In 2012 and 2013, I was scientific director of the language and software engineering department of IRISA.

My research activities concern the formal verification using the Coq proof assistant of program transformations and semantic properties of programming languages, such as those found in the CompCert compiler. I teach mechanized semantics (in Coq), functional programming (in OCaml), formal methods (using the Why3 tool), and software vulnerabilities. I am in charge of a seminar devoted to formal methods and security. This seminar is funded by the DGA-MI. It takes place at INRIA Rennes Bretagne Atlantique, usually in the Turing amphitheater. I am coordinator of the LTP (Languages, Types, Proofs) group of the French GDR GPL. This group is funded by CNRS and meets twice a year in a French city.