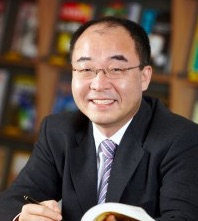 Jaejin Lee is the director of the Center for Manycore Programming and Multicore Computing Research Laboratory. He is also a professor in the Department of Computer Science and Engineering at Seoul National University (SNU). He received his PhD degree in Computer Science from the University of Illinois at Urbana-Champaign (UIUC) in 1999. His PhD study was supported in part by graduate fellowships from IBM and Korea Foundation for Advanced Studies. He received an MS degree in Computer Science from Stanford University in 1995 and a BS degree in Physics from SNU in 1991. After obtaining the PhD degree, he spent a half year at the UIUC as a visiting lecturer and postdoctoral research associate. He was an assistant professor in the Department of Computer Science and Engineering at Michigan State University from January 2000 to August 2002 before joining SNU. He is an IEEE fellow and a member of ACM. His current principal research project involves developing deep learning compilers/architectures and programming models for heterogeneous systems with GPUs and FPGAs.