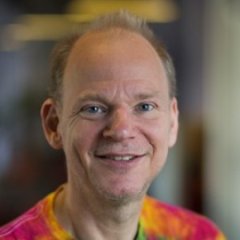 Erik Meijer has been trying to bridge the ridge between theory and practice for most of his career. He is perhaps best known for his work on, amongst others, Haskell, C#, Visual Basic, and Dart programming languages, as well as for his contributions to LINQ and the Reactive Framework (Rx). Most recently he is on a quest to make uncertainty a first-class citizen in mainstream programming languages.