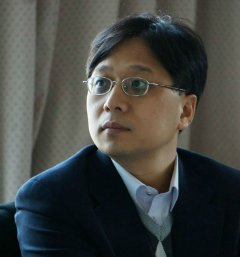 Chan-Gun Lee was born in Seoul, South Korea, in 1972. He received the B.S. degree in Computer Engineering from the Chung-Ang University, Seoul, in 1996, M.S. degree in Computer Science from Korea Advanced Institute of Science and Technology (KAIST), Daejon, in 1998, and the Ph.D. degree in Computer Science from University of Texas at Austin, Austin, TX, in 2005. From 2005 to 2007, he was a senior software engineer at Intel, Hillsboro, Oregon. Since 2007, he has been a Professor with the Department of Computer Science and Engineering, Chung-Ang University, Seoul, South Korea. He is the author of more than 30 articles and conference papers. His research interests include Software Engineering and Real-time Systems. Prof. Lee was a recipient of the Korea Foundation of Advanced Studies (KFAS) fellowship from 1999 to 2005.