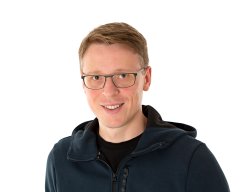 Chris is a Researcher (Senior Staff Engineer) at Shopify, where he works on the Ruby programming Language, and a Visitor at the University of Manchester.

He was formerly a Research Manager at the Oracle Labs Virtual Machine Research Group, where he led the TruffleRuby implementation of Ruby, and worked on other language and virtual machine projects. Before this he completed a PhD at Manchester where he researched programming languages and irregular parallelism, and an MEng at the University of Bristol on languages with mutable syntax and semantics.

In his spare time he’s Squadron Leader of the Cheshire Yeomanry squadron of the Queen’s Own Yeomanry, Cheshire’s historic reserve light cavalry squadron.