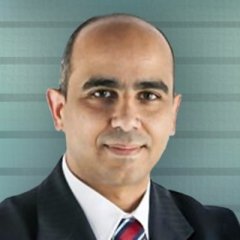 Haitham S. Hamza is the R&D Department Manager at the Software Engineering Competence Center (SECC) of ITIDA. He is currently managing the FP7 Project entitled REinforcing COoperation CApacity of Egypt in embedded ubiquitous computing (RECOCAPE) that is coordinated by SECC-ITIDA in a consortium that contains Tecnalia of Spain, VTT of Finland, and UNIBO of Italy. The project aims at transferring emerging IT technologies to the SME market in Egypt to enable and support innovation in ICT. Dr. Hamza has delivered several consultation services to IT companies in Egypt and abroad in various areas related to IT service management (ITIL), CMMI for development and services, and software architectures and reuse.