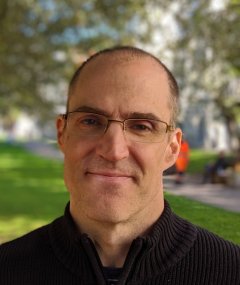 Patrick Eugster joined USI as a Full Professor of Computer Science in 2017, where he leads the SWYSTEMS (Software Systems) group, and co-founded the Computer Systems Institute in 2020. Prior to that he was a regular faculty member at TU Darmstadt (2014-2017) and Purdue University (2005-2016) where he remains an adjunct faculty member. Patrick holds M.S. (1998) and Ph.D. (2001) degrees from EPFL.

Patrick is interested in software systems, with a particular focus on distributed systems and programming models/languages, and the intersection between the two. He has co-authored over 150 scientific articles on these topics. His research has been awarded by various funding agencies (e.g., NSF CAREER 2007, DARPA Computer Science Study Group 2011, ERC Consolidator 2014) and companies (e.g., Google Research Award 2003, NetApp Faculty Fellowship 2014, Facebook Research Award 2020). Patrick had the privilege to act as program chair of ACM OOPSLA 2015 and is currently serving as associate editor for IEEE Transactions on Software Engineering.