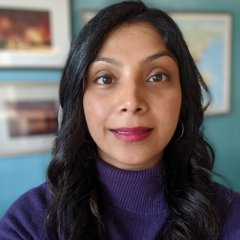 Ramya Raghavendra received her MS & PhD in Computer Science at the University of California, Santa Barbara. She spent the next decade working as a research scientist at IBM Research, during which time she worked on a range of problems that spanned networking, network analytics and large-scale systems for Machine Learning. She has co-authored over 25 papers in top venues including Sigcomm, Infocom, ASPLOS, ICDE, BigData and JMLR, granted over 40 patents and earned the title of ‘Master Inventor’ at IBM. Ramya currently works at Facebook AI where she works on problems at the intersection of systems and AI, leading the Green AI effort aimed at developing and deploying AI that is efficient-by-design.