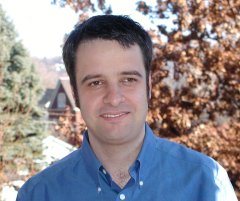 Robert is a Flight Software Engineer in the Small-Scale Flight Software Group at JPL. Robert holds a Ph.D. in computer science from the University of Illinois at Urbana-Champaign, and he was a Postdoctoral Associate at Carnegie Mellon University. Since joining JPL in 2013, Robert has worked on both technology development and flight projects. He was the flight software technical lead for the ASTERIA CubeSat. Robert is currently working on technology development in the areas of flight software modeling and fault-tolerant software.