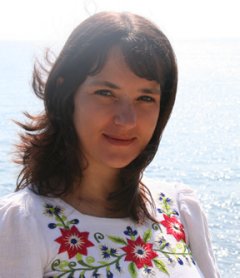 Tihana Galinac Grbac is a professor of computer science at the Faculty of Engineering, Juraj Dobrila University of Pula, Croatia. She is the head and founder of the Software Engineering and Information Processing Laboratory (SEIP Lab) at the same university. Her current research interests are related to large scale and complex software systems which are evolutionary developed. She is particularly interested in software reliability, reliable software networking and reliable distributed systems. In a broader sense, she is also interested in a variety of large-scale complex systems including smart cities, telecommunication networks and others. In her investigations, she is actively performing experimentation within industry context using real data and statistical, soft computing, optimisation methods, complex network analysis, formal approaches in the search for better understanding of these systems.

Previously, she spent 8 years with Ericsson Nikola Tesla, Zagreb, Croatia, leading global development projects and process improvement initiatives at the research and development center, and 10 years with the Faculty of Engineering, University of Rijeka, Croatia, where she established a new computer science study program at undergradute, graduate and PhD level and served as the head of the Department of Computer Engineering. She received the BS degree in 2000, MS degree in 2005, and PhD in 2009, from the Faculty of Electrical Engineering and Computing, University of Zagreb, Croatia. She has published more than 60 papers in scientific journals and conference proceedings and has led large scientific projects funded by Croatian Science Foundation (HRZZ). As a researcher, she participated in many other international and national projects.

She is a member of ACM, IEEE and Women in Engineering, and has served as a member of the Croatian ACM Section Executive Committee and the vice-chair of the IEEE Technology Management Croatian Section. For her educational contributions, she received in 2017 the IEEE Croatian Section Award for Exceptional Contribution to Engineering Education – for exceptional contribution in knowledge transfer from industry and its application in engineering education in the field of computer science. At the ICT Gold Awards 2016 she was elected among Top 50 most influential women in Croatian ICT.