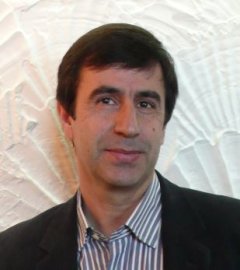 Fernando Brito e Abreu holds a PhD in Computer Science by IST/UTL and is associate professor at ISCTE-IUL, a public university in Lisbon, where he is responsible for the MSc program in Computer Science and Management and a member of the Scientific Council on behalf of the ISTAR-IUL Research Unit. He was formerly an assistant professor at the Department of Informatics of the Faculty of Sciences and Technology of the Universidade Nova de Lisboa, having also lectured at ISEGI/UNL (now NOVA IMS), IST/UTL, ISEG/UTL and in the Portuguese Air Force Academy. He was also an invited professor at the Département Informatique of the École des Mines de Nantes during a decade, in the scope of the EMOOSE european master program. In the mentioned universities he has been responsible and lecturer of BSc courses (Software Engineering, Systems Analysis, Conception and Implementation of Information Systems, Object-Oriented Programming, Introduction to Programming), MSc courses (Software Architectures, Object-Oriented Design, Product and Process Quality, Research Methodologies) and PhD courses (Experimental Software Engineering). He has supervised / is supervising around 30 dissertations (of which 7 are PhDs).

He was a researcher in the Software Engineering Group of INESC Lisboa, at the CITI (Informatics and Information Technology) research center of FCT / UNL and later was one of the founders of the ISTAR-IUL research unit at ISCTE-IUL, where he created and led the Software Systems Engineering group, where he still belongs. He promoted the celebration of several protocols of applied research / transfer of technology and / or collaboration agreements between: (i) INESC and the Portuguese Navy; (ii) CS / 03 and itSMF Portugal, (iii) NAV EPE and FCT / UNL, (iv) SINFIC and FCT / UNL, (v) Turismo de Portugal and ISCTE-IUL and (vi) GEOTA and ISCTE-IUL. In addition to funded projects developed in the scope of those protocols, he has coordinated research teams in several scientific projects funded by the Portuguese Foundation for Science and Technology, as well as in other extension projects, with organizations such as the Portuguese Post Office, Portugal Telecom or the Portuguese Assembly of the Republic.

He produced around two hundred scientific documents, including papers in journals such as: Science of Computer Programming, Journal of Systems and Software, IEEE Latin America, Object Expert, Computer Standards & Interfaces, ERCIM News, Personal Computer World, L’Objet , Qualirama, Information Systems and Interface. His work is cited around 2800 times (h-index 23), according to Google Scholar. He was a pioneer of Empirical Software Engineering in Portugal, having created the QUASAR research group (QUantitative Approaches in Software engineering And Reengineering). Among his proposals are the MOOD (Metrics for Object-Oriented Design) set, currently being used in industry and the Metamodel Driven Measurement (M2DM) approach. The latter allows for the abstract formalization of metrics upon a domain metamodel by using OCL, a constraint language that is part of the UML standard. M2DM was applied in several domains (e.g. object-oriented design, component-based development, business process modeling, IT infrastructures modeling).

Since 2014 he is associate editor of the Software Quality Professional journal of the American Society for Quality, Portuguese delegate at IFIP TC2 (Software: Theory and Practice) and a senior advisor of the Brazilian MPS.BR Model Technical team. He is a regular reviewer in several international journals, conferences, and workshops worldwide, and research project proposals. He has served in the organization of many international scientific meetings as a member of the steering committee, organizing chair, program chair, program committee member, demonstration chair, keynote or tutorial speaker, panel member or session chair. He was also president of CS/03 (Sectorial Commission for Quality in Information and Communication Technologies) of the Portuguese Quality Institute for 8 years (2000-2007), where he was one of the creators and promoters of the QUATIC international conference, currently in its12th edition.