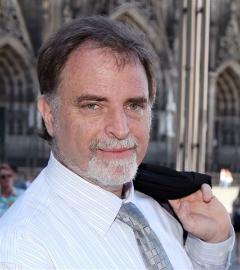 Bio: Don Batory holds the David Bruton Centennial Professorship in the Department of Computer Science at The University of Texas at Austin. He received a B.S. (1975) and M.Sc. (1977) degrees from Case Institute of Technology, and a Ph.D. (1980) from the University of Toronto. He was a faculty member at the University of Florida in 1981 before he joined the University of Texas in 1983. He was Associate Editor of IEEE Transactions on Software Engineering (1999-2002), Associate Editor of ACM Transactions on Database Systems (1986-1992), member of the ACM Software Systems Award Committee (1989-1993; Committee Chairman in 1992), Program Co-Chair for the 2002 Generative Programming and Component Engineering Conference. He is a proponent of Feature Oriented Software Development (FOSD) and with colleagues (and former students) has recently authored a textbook on the topic. Since 1993, he and his students have written 11 Award Papers for their work in automated program development. He and Lance Tokuda were awarded the Automated Software Engineering 2013 Most Influential Paper Award on their work on program refactorings.