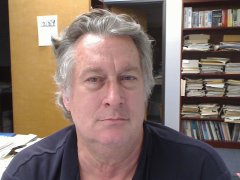 Realizing that software engineering was largely enhancement of existing code rather than building new code, and that the OS architectures were conceptually similar but shared no code, he went back to graduate school to learn more about reuse of knowledge in software maintenance.  He studied program transformation tools for automated code generation and modification, obtaining a PhD from UC Irvine in 1990.

In 1995, he founded Semantic Designs, where he is now CEO and CTO.  At SD, he architected DMS, a general-purpose program analysis and transformation engine, used in commercial software reengineering tasks, and he designed and implemented PARLANSE, a task-parallel, work-stealing programming language in which DMS is implemented.  Using DMS, Dr. Baxter has also been principal architect and manager of a variety of DMS based projects using including factory code generation for Rockwell Automation, factory code migration via model extraction for Dow Chemical, reengineering C++ avionics software for Boeing, fact extraction from Cisco router software, fact location for engine controller software for Toyota Motor Company, and clone detection of NASA Goddard’s 1.5MSLOC Fortran code for climate modelling.

He has been involved in Software Engineering conferences since 1983, publishing papers and being an invited speaker at many.  He recently gave a Keynote talk at the IEEE Models 2016 Conference in Austin, Texas (October 2017).