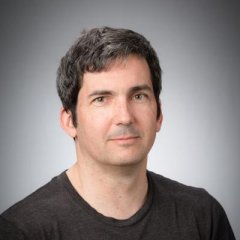 Mark Lawford is Professor and Chair of McMaster University’s Department of Computing and Software and a founding member of the McMaster Centre for Software Certification (McSCert). He has a B.Sc.(’89) in Engineering Mathematics from Queen’s University, Kingston, where he received the University Medal in Engineering Mathematics. His M.A.Sc.(’92) and Ph.D. (’97) are from the Systems Control Group in the Department of Electrical and Computer Engineering at the University of Toronto. He worked at Ontario Hydro as a real-time software verification consultant on the Darlington Nuclear Generating Station Shutdown Systems Redesign project, receiving the Ontario Hydro New Technology Award for Automation of Systematic Design Verification of Safety Critical Software in 1999. He joined McMaster University’s Department of Computing and Software in 1998 where he helped to develop the Software Engineering programs and Mechatronics Engineering programs. Since 2012 he has been involved in automotive software research and in 2014 he was a co-recipient of a Chrysler Innovation Award. He is currently the lead investigator or con-investigator on a number of projects with OEMs and serves as the CAVs faculty advisor for the McMaster EcoCAR team. His research interests include software certification, application of formal methods to safety critical real-time systems, and supervisory control of discrete event systems. He is a licensed Professional Engineer in the province of Ontario and a Senior Member of the IEEE.