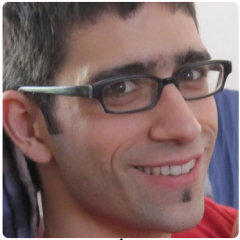 Nicholas Matsakis is a senior researcher at Mozilla research and a member of the Rust core team. He has been working on Rust for four years and did much of the initial work on its type system and other core features. He has also done work in several just-in-time compilers as well as building high-performance networking systems. He did his undergraduate study at MIT, graduating in 2001, and later obtained a PhD in 2011, working with Thomas Gross at ETH Zurich.