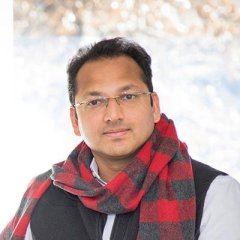 Vijay Janapa Reddi is an Associate Professor at Harvard University, VP and a founding member of MLCommons (mlcommons.org), a nonprofit organization aiming to accelerate machine learning innovation for everyone. He also serves on the MLCommons board of directors and Co-Chairs the MLCommons Research organization. Before joining Harvard, he was an Associate Professor at The University of Texas at Austin in the Department of Electrical and Computer Engineering. His research sits at the intersection of machine learning, computer architecture and runtime software. He specializes in building computing systems for tiny IoT devices, as well as mobile and edge computing. Dr. Janapa-Reddi is a recipient of multiple honors and awards, including the National Academy of Engineering (NAE) Gilbreth Lecturer Honor (2016), IEEE TCCA Young Computer Architect Award (2016), Intel Early Career Award (2013), Google Faculty Research Awards (2012, 2013, 2015, 2017, 2020), Best Papers at the 2020 Design Automation Conference (DAC), 2005 International Symposium on Microarchitecture (MICRO), 2009 International Symposium on High-Performance Computer Architecture (HPCA), IEEE’s Top Picks in Computer Architecture awards (2006, 2010, 2011, 2016, 2017,2021). He has been inducted into the MICRO and HPCA Hall of Fame (in 2018 and 2019, respectively). He is passionate about widening access and education to Machine Learning for STEM, Diversity, Wildlife Conservation, and so forth. He designed the Tiny Machine Learning (TinyML) series on edX, a massive open online course (MOOC) that sits at the intersection of embedded systems and ML that thousands of global learners can access and audit free of cost. He was also responsible for the Austin Hands-on Computer Science (HaCS) that is deployed in the Austin Independent School District for K-12 CS education. Dr. Janapa-Reddi received a Ph.D. in computer science from Harvard University, an M.S. from the University of Colorado at Boulder and a B.S from Santa Clara University.