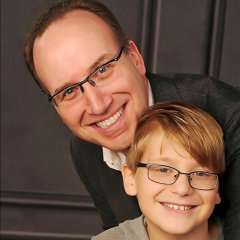 Galen Hunt is managing director of the Microsoft Research NExT Operating Systems Technologies Group.  His research areas include operating systems, security, and technology disruptions. Recently, he explored the trade-offs between virtual machine monitors and OS kernels as ways to build new computing systems using Drawbridge. He spent 12 months in 2012 and 2013 implementing Drawbridge in Azure for some of Microsoft cloud services. Previously, he lead the Menlo and Experiment 19 projects and the Singularity project. Experiment 19 was a skunk-works project completed in spring 2009 that demonstrated for the first time that Windows NT could effectively replace Windows CE as the core OS for mobile devices.  Within months of the completion of Experiment 19, Microsoft launched efforts to build what would become Windows Phone 8 and Windows RT for ARM tablets. In 2000, Galen co-founded the MSR BIG Project.  Ahead of its time, the team discovered many principles of cloud computing five years ahead of Amazon’s AWS.  As a Microsoft Research summer intern, Galen developed the prototype for the protocol and implementation for what became, after reworking by a cast of hundreds, Microsoft’s Advanced Streaming Format (ASF) and Windows Media Player. Galen has Ph.D. (1998) and M.S. (1996) degrees in Computer Science from the University of Rochester, a B.S. (1992) degree in Physics from the University of Utah, and an A.S. (1987) degree from what is now Dixie State University. He is an inventor on over 80 US patents.