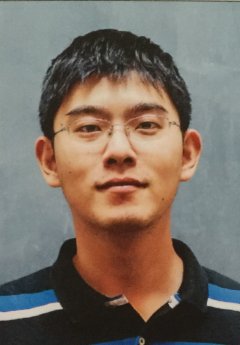 I am an Assistant Professor in the Department of Computer Science and Institute for Advanced Computer Studies at the University of Maryland, College Park. I am also a Fellow at the Joint Center for Quantum Information and Computer Science (QuICS).

I received my Phd in theoretical computer science in 2013 (advisor: Yaoyun Shi) from the University of Michigan, Ann Arbor. I received my B.S. degree in mathematics and physics in 2008 from the Academic Talent Program, Tsinghua University.

Before coming to Maryland, I was an Assistant Professor in the Computer and Information Science Department at the University of Oregon from 2015 to 2017. Before that, I was a Postdoctoral Associate at Massachusetts Institute of Technology from 2013 to 2015 (advisor: Aram Harrow, Scott Aaronson, Edward Farhi and Peter Shor). I was also a Simons Research Fellow at the Simons Institute for the Theory of Computing at Berkeley, for the program of Quantum Hamiltonian Complexity in Spring 2014 (advisor: Umesh Vazirani). I also spent two summers at the Institute for Quantum Computing, University of Waterloo as a student intern (advisor: John Watrous).