SuperMalloc achieves these performance advantages using less than half as much code as the alternatives. We exploit the fact that although physical memory is always precious, virtual address space on a 64-bit machine is relatively cheap. We allocate 2MiB chunks which contain objects all the same size. To translate chunk numbers to chunk metadata, we use a simple array (most of which is uncommitted to physical memory). We take care to avoid associativity conflicts in the cache: most of the size classes are a prime number of cache lines, and nonaligned huge accesses are randomly aligned within a page. Objects are allocated from the fullest non-full page in the appropriate size class. For each size class, we employ a 10-object per-thread cache, a per-CPU cache that holds up 2MiB of objects, and a global cache that is organized so we can move 1MiB between a per-CPU cache and the global cache using O(1) instructions. We prefetch everything we can before starting a critical section, which makes the critical sections run fast, and for HTM improves the odds that the transaction will commit. 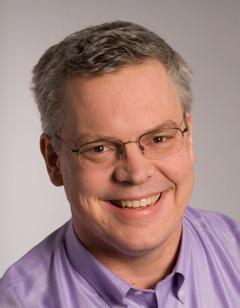