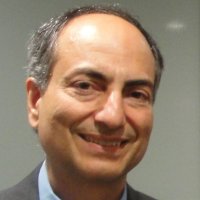 The fundamental turn of software into concurrency and distribution is not only a matter of performance, but also of design and abstraction. It calls for programming paradigms that, compared to current mainstream paradigms, would allow us to more naturally think about, design, develop, execute, debug, and profile systems exhibiting different degrees of concurrency, autonomy, decentralization of control, and physical distribution.

AGERE! is an ACM SIGPLAN workshop dedicated to focusing on and developing the research on programming systems, languages and applications based on actors, agents and any related programming paradigm promoting a decentralized mindset in solving problems and in developing systems to implement such solutions.

All stages of software development are considered interesting for the workshop, including requirements, modeling, formalisation, prototyping, design, implementation, tooling, testing, and any other means of producing running software based on actors and agents as first-class abstractions. The scope of the workshop includes aspects that concern both the theory and the practice of design and programming using such paradigms, so as to bring together researchers working on models, languages and technologies, as well as practitioners using such technologies to develop real-world systems and applications.