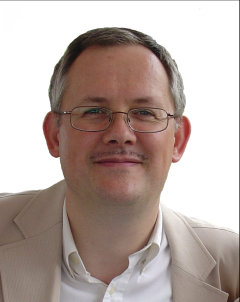 Bio: Hans Vangheluwe is a Professor in the department of Mathematics and Computer Science at the University of Antwerp in Belgium, an Adjunct Professor in the School of Computer Science at McGill University, Montreal, Canada and an Adjunct Professor at the National University of Defense Technology in Changsha, China. He leads the Modelling, Simulation and Design Lab (MSDL), geographically distributed over Antwerp and Montreal.

He publishes in both software engineering and in simulation venues. Some of his contributions are (1) domain-specific visual modelling, simulation and optimization of bio-activated sludge waste-water treatment plants (WWTPs), which has lead to the commercial tool WEST (now part of DHI’s MIKE), (2) work as a founding member of the design team of the language Modelica for the computationally a-causal modelling of physical systems, (3) the development of meta-modelling and model transformation foundations prototyped in the transformation kernel library T-Core and (with Juan de Lara) the visual modelling tool AToM3, (4) the symbolic analysis of model transformations, and (5) the development of efficient real-time and distributed simulators such as PythonPDEVS.

In a variety of projects, often with industrial partners, he now develops and applies the theory, techniques and tools for Multi-Paradigm Modelling. In particular, the web-based front-end AToMPM (A Tool for Multi-Paradigm Modelling) for the ModelVerse model repository is currently under development. He currently applies his work mostly in the following application domains: mechatronics (with Siemens SISW and Flanders Make), (embedded systems in) automotive (in the Automotive Partnership Canada NECSIS project, with GM Research, IBM and Malina), and modern computer games. Since 2015, he chairs the European COST Action 1404 on Multi-Paradigm Modelling for Cyber-Physical Systems (MPM4CPS).