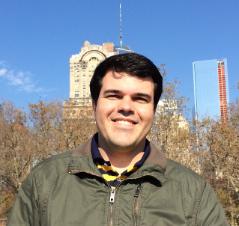 Márcio Ribeiro is an Assistant Professor in the Computing Institute at Federal University of Alagoas. He holds a Doctoral degree in Computer Science from the Federal University of Pernambuco (2012). He also holds the ACM SIGPLAN John Vlissides Award (2010). This award refers to the best PhD proposal presented in the OOPSLA Doctoral Symposium, “showing significant promise in applied software research.” In addition, his PhD thesis has been awarded as the best one in Computer Science of Brazil in 2012. He is a faculty member at the Graduate Program in Informatics (PPGI) and has experience in Software Engineering. His main research interests are on Software Product Lines, Object/Aspect/Feature-Oriented Programming, Software Modularity, and Static Analyses. In 2014, he was the General Chair of the Brazilian Conference on Software (CBSoft), the most important event in Software of Brazil. More on Ribeiro can be found at http://www.ic.ufal.br/professor/marcio/