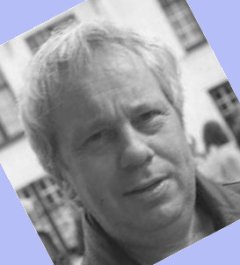 Manfred Jeusfeld studied computer science (minor Operations Research) from 1980 to 1986 at the University of Technology Aachen (RWTH), Germany. After getting his Diploma degree, he moved to University of Passau, Germany, to join the institute of Prof. Matthias Jarke. He worked on development support for database applications and on foundations of deductive & object-oriented databases. In 1992 he received his Doctoral degree in Natural Sciences from the University of Passau.

In 1992 he returned to the RWTH Aachen as a senior researcher of the Information Systems Institute (Informatik V). He led research projects in the areas of distributed cooperative information systems, meta modelling techniques, and medical terminology. He is the principal developer of the ConceptBase system, which is now used by several hundreds institutes and companies world-wide for designing information systems and meta modeling. In 1995, he spent one year as a visiting assistant professor at the Hong Kong University of Science and Technology, Department of Information & Systems Management. There, he worked on interoperable decision support systems and information architectures for electronic shops.

From 1997 to 2013, he was assistant professor in the department Information Management (IM) at the faculty of economics of the Tilburg University, The Netherlands. In 2013 he joined the department of information technology, University of Skövde, Sweden, as senior lecturer, and was promoted to professor of informatics in April 2018. His research covers cooperative conceptual modeling, data warehouse quality management, meta modeling, method engineering, and repository systems.

From 2007-2011, he was research coordinator of the research group Information Management (IM), formerly labeled CIS, responsible for the fundamental research on information systems at the department IM.

Dr. Jeusfeld has published more than 20 journal articles (Information Systems, DSS, JIIS, SoSYM etc.) and numerous conference articles. He is area editor for the Requirements Engineering Journal. He was co-PC-chair of KRDB-94 to KRDB-97, DMDW-99, DMDW-2000, DMDW-2001, DMDW-2003, ER-2011, and PoEM-2016. He is or has been reviewer for international journals like ACM TOIS, REJ, SoSYM, and conferences including ICIS, ECIS, VLDB, CAiSE, ER and others. He is also the founder of CEUR Workshop Proceedings, a publication service for open-access proceedings of scientific workshops and conferences. Memberships: ACM, SIGMOD, ACM-German Chapter