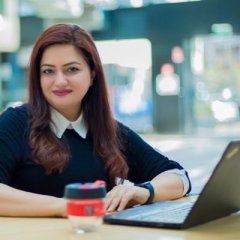 During her research career, Muneera has also received prestigious recognition for her work, including being named as a finalist for Google Australia’s Anita Borg Award for Women in Computer Science, Asia-Pacific 2015. She was also the recipient of Schlumberger’s Award for Women in STEM (2014 and 2015) and was given the ‘distinguished research paper award’ at International Requirements Engineering Conference held in August 2018. She has been announced as ‘Superstar of STEM’ for 2019/2020 by Science & Technology Australia, with the aim to smash society’s gender assumptions about scientists and increase the public visibility of women in STEM.