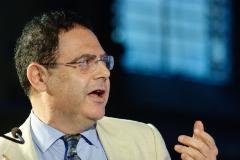 Bio: Bertrand Meyer is Chief Architect of Eiffel Software (http://eiffel.com) and Professor of Software Engineering at ETH Zurich, the Swiss Federal Institute of Technology. He is also head of the Software Engineering Laboratory at ITMO University, Saint Petersburg. He is the initial designer of the Eiffel method and language and has continued to participate in its evolution. He also directed the development of the EiffelStudio environment, compiler, tools and libraries through their successive versions. His latest book, published in May 2014, is an irreverent, in-depth introduction to agile methods: “Agile! The Good, the Hype and the Ugly”, the first book to take a critical look at agile development and sort out the productive and damaging ideas. His previous book is an influential an introduction to programming, “Touch of Class: Learning to Program Well, Using Object Technology and Contracts”, based on more than a decade of teaching introductory programming at ETH and now supported by a MOOC (http://se.ethz.ch/mooc/programming). Earlier books include “Object-Oriented Software Construction”; “Eiffel: The Language”; amongst other.