Departure from the Princess Hotel Venue to Plaza de España to see all the buildings built due to the World’s Fair in 1929. Drive around the Montjuïc Mountain to see the Olympic Ring and photo stop at Mirador del Alcalde. The tour will follows to see the Water front, Vía Laietana where there is the Gothic Cathedral up to Plaza Cataluña where starts the most elegant boulevard in Barcelona: Paseo de Gracia. Panoramic view of the Modernist buildings and drive along the Eixample District up to Sagrada Familia. Panoramic of the Sagrada Familia by bus and drive to plaza Catalunya. Walking tour through Las Ramblas to the Banquet Dinner Venue.

The Banquet Dinner will be held on Tuesday March 15 at Les Drassanes Reials (Barcelona’s royal shipyards), which is a highly valuable example of civil Gothic architecture.

Drassanes Reials (Royal Shipyards) is an outstanding architectural building with 700 years of history situated in the historic centre of Barcelona. These gothic shipyards are an extraordinary piece of civilian architecture. Today the broad arches shelter the Museu Marítim, the city’s seafaring-history museum and one of the most fascinating museums in the city. Begun in the 13th century and completed by 1378, the long, arched bays (the highest arches reach 13m) once sloped off as slipways directly into the water, which lapped the seaward side of the Drassanes until at least the end of the 18th century. 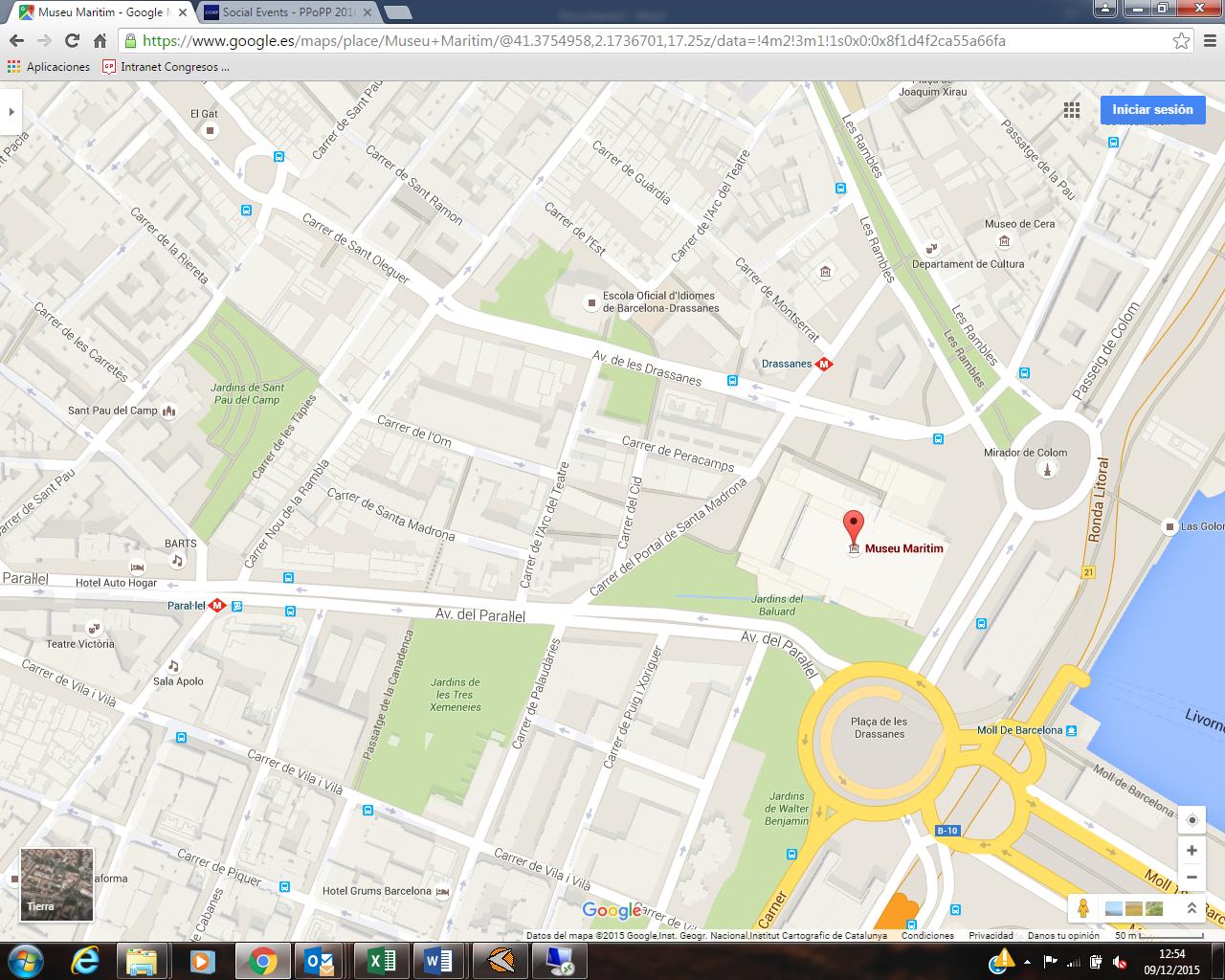 For more information, please visit the official website (in Spanish and Catalan only).