The Quest for Agility: Are we there yet? 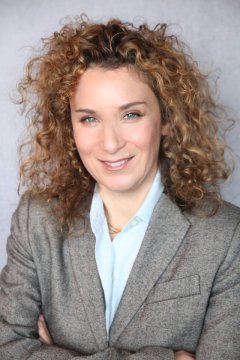 Agility is the quality of delivering innovation with quality, insight and reduced risk. With the emergence of cloud computing, and cloud native development style agility becomes a crucial factor. In this talk, Tamar Eilam will review the latest developments in the field positioned in a historical context, focusing on principles and how they map to methods and technology, and describing how those change when the parameters, constraints, and objective function change, as we move from the traditional to the cloud native world. Tamar will demonstrated existing state of the art open source projects and the open academic problems in this space.

Tamar Eilam joined IBM Research in 2000 and was recognised as an IBM Fellow in 2014. Tamar's research interest centers around the question of how to manage configuration complexity, and how to merge the gap between Development and Operations organizations (DevOps). Specifically, with the emergence of cloud environments, how do we deliver and continuously operate services with extreme agility, extreme performance, and reduced risk, and how do we gain insight to maximize the business outcome. Tamar Eilam pioneering the concept of a "desired state based deployment and management". This principle centers around the idea of separating the "what" and the "how" in complex application deployments. A semantic description of a topology including software components, services, and infrastructure requirements is linked with automation to produce and converge to the desired state from the current state. Tamar received her Ph.D. in the Computer Science Department in the Technion in Israel, where she studied algorithms in graphs and complexity, applied to communication networks.

Adaptivity and Self-Management in Autonomous Driving 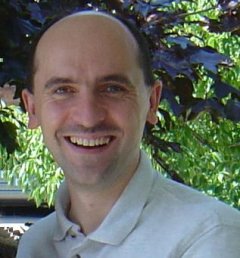 Autonomous driving requires adaptivity "on steroids" to serve different mission needs in varying and open driving environments using limited on-board resources, possibly under failures. After a brief overview of the functions that make up an automated driving system, I will describe three major control loops in charge of the adaptivity: basic control, supervisory control, and fleet learning. Basic control needs to react to immediate changes of the road environment, such as lighting and weather, to adjust perception and motion planning and control functions for the given driving conditions. Supervisory control monitors the health of the system and its functional limits. Fleet learning allows vehicles to share new experiences from the field with each other. I will describe current designs and mechanisms used in such systems, pointing out limitations, challenges, and future directions.

Krzysztof Czarnecki is a Professor of Electrical and Computer Engineering at the University of Waterloo. Before coming to Waterloo, he was a researcher at DaimlerChrysler Research (1995-2002), Germany, focusing on improving software development practices and technologies in enterprise, automotive, and aerospace sectors. While at Waterloo, he held the NSERC/Bank of Nova Scotia Industrial Research Chair in Requirements Engineering of Service-oriented Software Systems (2008-2013) and has worked on methods and tools for engineering complex software-intensive systems. He received the Premier's Research Excellence Award in 2004 and the British Computing Society in Upper Canada Award for Outstanding Contributions to IT Industry in 2008. He has also received seven Best Paper Awards, two ACM Distinguished Paper Awards, and one Most Influential Paper Award. His current research focuses on autonomous driving and the safety of systems that rely on artificial intelligence. He serves on Society of Automotive Engineers task forces on level of driving automation, reference architecture for automated driving systems, and maneuvers and behaviors. As part of this research, he co-leads the development of UW Moose, Canada’s first self-driving research vehicle.