On the Probabilistic Analysis of Neural Networks 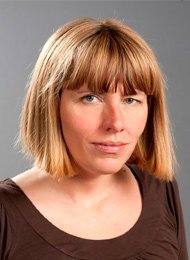 Neural networks are powerful tools for automated decision-making, seeing increased application in safety-critical domains, such as autonomous driving. Due to their black-box nature and large scale, reasoning about their behavior is challenging. Statistical analysis is often used to infer probabilistic properties of a network, such as its robustness to noise and inaccurate inputs. While scalable, statistical methods can only provide probabilistic guarantees on the quality of their results and may underestimate the impact of low probability inputs leading to undesired behavior of the network.

We investigate here the use of symbolic analysis and constraint solution space quantification to precisely quantify probabilistic properties in neural networks. We demonstrate the potential of the proposed technique in a case study involving the analysis of ACAS-Xu, a collision avoidance system for unmanned aircraft control.

Corina Pasareanu is a distinguished researcher at NASA Ames and Carnegie Mellon University. She is affiliated with CMU’s CyLab and holds a courtesy appointment in Electrical and Computer Engineering. At Ames, she is developing and extending Symbolic PathFinder, a symbolic execution tool for Java bytecode. Her research interests include model checking and automated testing, compositional verification, model-based development, probabilistic software analysis, and autonomy and security. She is the recipient of several awards, including ASE Most Influential Paper Award (2018), ESEC/FSE Test of Time Award (2018), ISSTA Retrospective Impact Paper Award (2018), ACM Distinguished Scientist (2016), ACM Impact Paper Award (2010), and ICSE 2010 Most Influential Paper Award (2010). She has been serving as Program/General Chair for several conferences including: ICST 2020, ISSTA 2020, ESEC/FSE 2018, CAV 2015, ISSTA 2014, ASE 2011, and NFM 2009. She is currently an associate editor for the IEEE TSE journal. 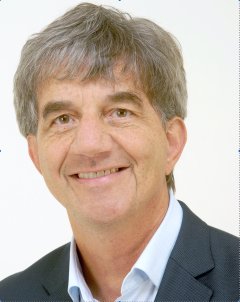 This keynote discusses a radically unconventional approach to developing robots: using evolution. Artificial evolution has been successful in optimization and design in the field of Evolutionary Computing; applying it to developing robots implies huge challenges and great promises, [1], [2], [3]. The long-term vision foresees robots that reproduce and evolve in real-time and real space. Possible application scenarios can be divided into two categories depending on the extent of human involvement. First, the “breeding farm scenario”, where humans steer and accelerate evolution through influencing selection (and possibly also reproduction) until a good robot design emerges in the environment of the “breeding farm”. This design can then be validated, produced and employed on a large scale in the real application environment, e.g., cave systems, deep seas, rainforests. Second, the “other planet scenario”, where the robot population evolves and adapts autonomously to the unknown environment without the need for direct human oversight. In this case, evolution is not merely a design method that stops when the outcome is satisfactory, but a permanent force that continually improves and adapts the population to the given circumstances. While at the current level of technology this may sound more fiction than science, the quick development of 3D-printing and autonomous assembly can make this a feasible option in the near future. As of today, the overall system architecture has been designed [4], and the first proofs-of concept with automated robot (re)production have been published [5], [6]. To illustrate specific aspects I will reflect on an ongoing EPSRC project that is developing the first evolutionary robot system where robots evolve in a breeding farm scenario [7].

Gusz Eiben is professor of Artificial Intelligence at the Vrije Universiteit Amsterdam where he leads the Computational Intelligence Group, and a visiting professor at the University of York, UK. His research lies in the field of Artificial Intelligence, Artificial Life, Adaptive Collective Systems. His approach to AI is based on Evolutionary Computing and over the last 30+ years he has worked on a diverse set of topics. He worked in the theoretical foundations and applications in health, finance, and traffic management, built a system to evolve Mondriaan and Escher style art and exhibited it in the Haags Gemeentemuseum, researched how artificial societies can emerge in the computer through evolution and learning, invented and tested reproduction mechanisms that use more than two parents, studied how evolutionary processes can be (self-)calibrated, and lately he is active in Evolutionary Robotics.