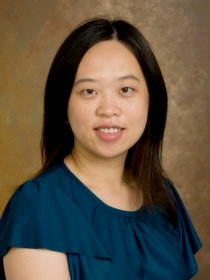 I completed my undergraduate studies in MicroElectronics and received my B.S. degree from Peking University, China, in 2003. I received my M.S. degree and Ph.D. degree from the Department of Computer Science & Engineering at the University of California, San Diego in 2005 and 2010, respectively. In UCSD, I was a member of the Architecture, Reliability, and Testing (ART) Group, under the supervision of Prof. Alex Orailoglu. In September, 2010, I joined the Department of Electrical & Computer Engineering at the University of Delaware as an assistant professor. My research interests lie in the broad areas of computer architecture and embedded systems, with a particular focus on the development of next generation multi/many core systems, with the consideration of reliability, thermal, power, and computation efficiency. The various topics I am interested in include (but not limit to) fault resilience, multi/many core architectures, power- & thermal-aware systems, embedded system design, compile-time and runtime optimizations, scheduling and resource management, as well as hardware support for system security. I have served as the Program Committee Member of a number of international conferences and workshops, including International Conference on Hardware/Software Co-design and System Synthesis (CODES-ISSS), Conference on Languages, Compilers, and Tools for Embedded Systems (LCTES), International Conference on Computer Design (ICCD), Asia and South Pacific Design Automation Conference (ASP-DAC), International Conference on Very Large Scale Integration (VLSI-SoC), IEEE Symposium on VLSI (IS-VLSI), International Conference on Network and Parallel Computing (NPC), Workshop on Memory Architecture and Organization (MeAOW), Workshop on Design for Reliability (DFR), etc. I also serve as the reviewer for IEEE Trans. on Computers, IEEE Trans. on Computer-Aided Design of Integrated Circuits and Systems (TCAD), IEEE Trans. on Very Large Scale Integration Systems (TVLSI), ACM Journal of Emerging Technologies (JETC), ACM Trans. on Embedded Computing Systems (TECS), ACM Trans. on Design Automation of Electronic Systems (TODAES), and various other journals.