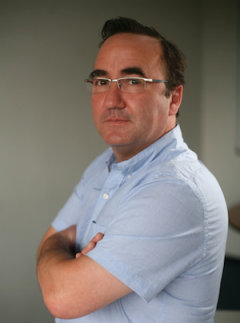 Bio: I have a Master in Theoretical Computer Science from University Paris VI. I did my PhD Thesis at Ecole des Mines de Paris under the advisory of Pierre Jouvelot. I worked three years at the European Computer-Industry Research Centre in Munich. I joined INRIA in 1995, in the EPART project-team of Paul Le Guernic. I led INRIA project-team ESPRESSO from 2000 to 2012. I lead project-team TEA since 2015. I am recipient of the 2004 ACM SIGPLAN Award for the most influential POPL paper, with Mads Tofte, and of the 2012 ACM-IEEE LICS “Test of Time” Award, with Pierre Jouvelot. I received the 2014 ITEA Award of Excellence for my contribution as work-package leader in the ITEA2 project OPEES (2010-2012) which, led by Gael Blondel, started the Polarsys Industry Working Group of the Eclipse foundation.