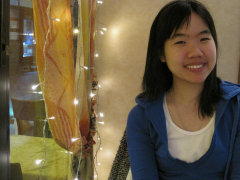 I am a forth year Ph.D. Student at UC Berkeley, working with Ras Bodik on a programming model and synthesis-aided compilation methodology for unusual architectures. I was an undergrad at MIT where I worked with Saman Amarashinghe on an auto-tuning compiler for heterogeneous systems.