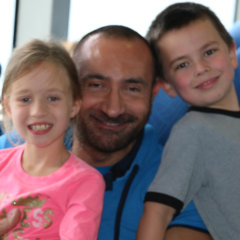 Marco Pistoia, Ph.D. has worked for IBM Corporation since January 1996 and is currently an IBM Distinguished Researcher and Senior Manager at the IBM Thomas J. Watson Research Center in New York, where he manages the Mobile Enterprise Software research group. In January 2010, he was one of 38 IBM employees worldwide to be bestowed the title of IBM Master Inventor. In June 2016, he was nominated the Chair of the Mobile Computing Professional Interest Community at IBM Research. He is the inventor of 115 patents granted by the United States Patent and Trademark Office, and 171 patent applications. Dr. Pistoia has designed and implemented numerous analysis components and contributed large amounts of code to several IBM products. Dr. Pistoia has lectured at 22 top universities in 9 countries worldwide. He has written 10 books and published numerous papers and journal articles on various aspects of Program Analysis, Language-Based Security and Mobile Computing. In the course of his career, Dr. Pistoia received three ACM Distinguished Paper Awards (2007, 2011 and 2014). In September 2007, the Italian Ministry of Education, University and Research, the National Committee of the Italian Presidents of Faculties of Sciences and Technologies, and Confindustria, Italy’s leading organization representing all the Italian manufacturing and service companies, presented Pistoia as one of the 70 most successful Italian mathematicians who graduated from an Italian university between the years 1980 and 2000. His biography was published in the book “Matematici al Lavoro”.