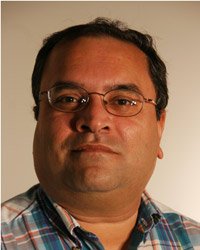 Santosh Pande is a Professor of Computer Science at Georgia Tech working in the general areas of program analysis, software security and compiler optimizations. His recent work involves piece-wise loading and linking of functions to reduce attack surface of software, proposing new metrics and tools for measuring security strength of applications,tradeoffs between compiler optimizations and vulnerabilities they introduce on the security side. He is also working in the area of compiler-OS interactions. Modern high performance applications involving analytics, machine learning co-execute in a data-center or cloud environment sharing key resources such as caches. Determining their co-execution and scheduling them appropriately is the key to their performance. Application phases determine such co-execution which means that this problem can be efficiently solved by determining dynamic properties of co-execution which is a hard problem. Fortunately, such a problem can be solved through a collaboration between compiler and OS. The results of this research show that significant (2x to 4x) improvements in throughput for batch oriented execution of important and diverse modern workloads.

Santosh Pande’s research is supported by NSF, ONR, DARPA, Air Force and several industiries such as Sony, Toshiba IBM, Motorola, Infineon and holds a patent on smartcards jointly with Infineon. He is always looking for smart and motivated PhD students..