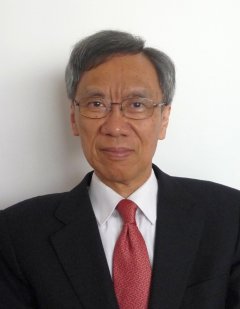 Prof. T.H. Tse received the PhD from the London School of Economics. He is currently an honorary professor in computer science at The University of Hong Kong after retiring from his full professorship in July 2014. He has been recognized internationally as the pioneer in integrating formal and practical methods in software engineering. His research interest is in program testing and debugging. Application areas of his research include object-oriented software, services computing, pervasive computing, concurrent systems, graphic applications, and numerical programs. He has more than 260 publications, including papers in IEEE TSE, IEEE TSC, Inf Sci, CACM, ACM TOSEM, ICSE, FSE, and WWW, as well as a book in the Cambridge Tracts in Theoretical Computer Science series (eBook edition, 2010). He is ranked internationally by AMiner as no. 2 among experts in test cases and no. 2 among experts in metamorphic testing.

Prof. Tse is an associate editor of IEEE Transactions on Reliability and an editorial board member of Software Testing, Verification and Reliability and Software: Practice and Experience. He has also served as steering committee chair of QRS, QSIC, and IWPD, steering committee member of COMPSAC 2002 to 2008, general chair of APSEC 2012 and SOSE 2007, general vice-chair of ICASE 2011, program chair of COMPSAC 2001 and APAQS 2000, chair of IWPD 2010 and 2011, track chair of COMPSAC 2010 to 2013, graphic designer of FSE 2014, and publicity chair of ICST 2008. He was also on the search committee for the editor-in-chief of IEEE Transactions on Software Engineering in 2013. He was twice a visiting fellow at the University of Oxford and was a visiting distinguished scholar of the Chinese Academy of Sciences.

Prof. Tse is a fellow of the British Computer Society. He had been a council member of the Vocational Training Council for eight years. He was selected for a Ten Outstanding Young Persons Award, an Outstanding Disabled Person of the Year Award, and a State Science and Technology Award (recommended by the Ministry of Education, China). He was decorated with an MBE by The Queen of the United Kingdom.