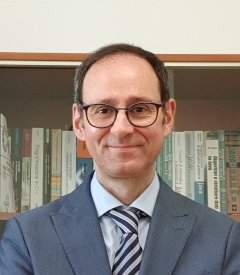 He is Rector’s Delegate for teaching. He is Deputy Head of the Department of Physics, Informatics and Mathematics and member of the board of the department.