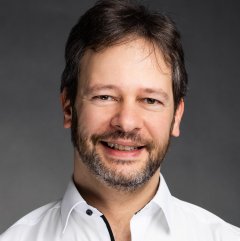 Jorge F. Schmidt received B.Sc. and D.Sc. in Electrical Engineering from the Universidad Nacional del Sur, Argentina, in 2005 and 2011, respectively. From 2012 he was with the University of Vigo, Spain, until he joined the Institute of Networked and Embedded Systems group at the University of Klagenfurt, Austria, in 2014. Since 2016, he has also been a Senior Researcher at Lakeside Labs GmbH, Austria. His research interests are in interference modeling and management in wireless systems. He received a best paper award from the ACM SIGSIM.