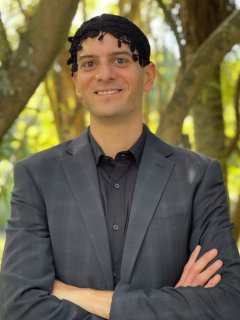 Panos, an Official Member of Engineering New Zealand, is interested in various aspects of Software Engineering but in particular, Self-Adaptation in Clouds, Language Runtimes and Embedded Systems, focusing on the Testing and Satisfaction of Nonfunctional Requirements as well as Systems’ Security. He joined the the University of Waikato in July 2018; soon after, he started the Ohu Rangahau Kapua Aunoa (ORKA) lab in Cloud and Adaptive Systems. Additionally, he is serving as an Adjunct Professor in the Faculty of Computer Science at the University of New Brunswick in Canada.

Panos received his Bachelors in Informatics and Telecommunications from the University of Athens in 2010. He worked for four years as a Software Engineer, Consultant and Academic Tutor before moving to Canada and the University of New Brunswick for graduate school. He completed his Master’s in Computer Science in 2014 and his PhD in 2018, both as a member of the IBM/UNB Centre of Advanced Studies - Atlantic. While in Canada, he taught CS courses (after completing a Diploma in University Teaching in 2014) and participated in industrial R&D projects.