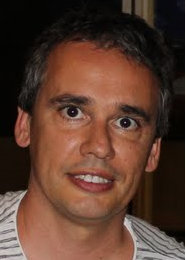 Bio: Sergi Zapater is Chief Operations Officer at Zhilabs and one of the brains behind FlowSight technology. Sergi has 20 years of experience in software development for the telecommunications sector with former design, consultancy and testing contribution to Ericsson, Netspira Networks and HP. He’s got a MSc in Computer Science and he’s contributed to several software patents during his career. Since 2008, Sergi co-founded Zhilabs to provide Customer Experience Analytics to the Telecommunications service providers.