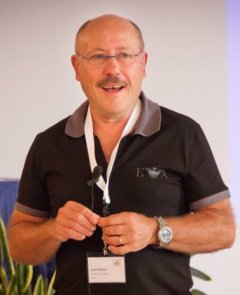 Bio: Carlo Ghezzi is an ACM Fellow (1999), an IEEE Fellow (2005), a member of the European Academy of Sciences and of the Italian Academy of Sciences. He received the ACM SIGSOFT Outstanding Research Award (2015) and the Distinguished Service Award (2006). He has been President of Informatics Europe. He has been a member of the program committee of flagship conferences in the software engineering field, such as the ICSE and ESEC/FSE, for which he also served as Program and General Chair. He has been the Editor in Chief of the ACM Trans. on Software Engineering and Methodology and an associate editor of and IEEE Trans. on Software Engineering, Communications of the ACM and Science of Computer Programming, and Computing. Ghezzi’s research has been mostly focusing on different aspects of software engineering. He co-authored over 200 papers and 8 books. He coordinated several national and international research projects. He has been the recipient of an ERC Advanced Grant.